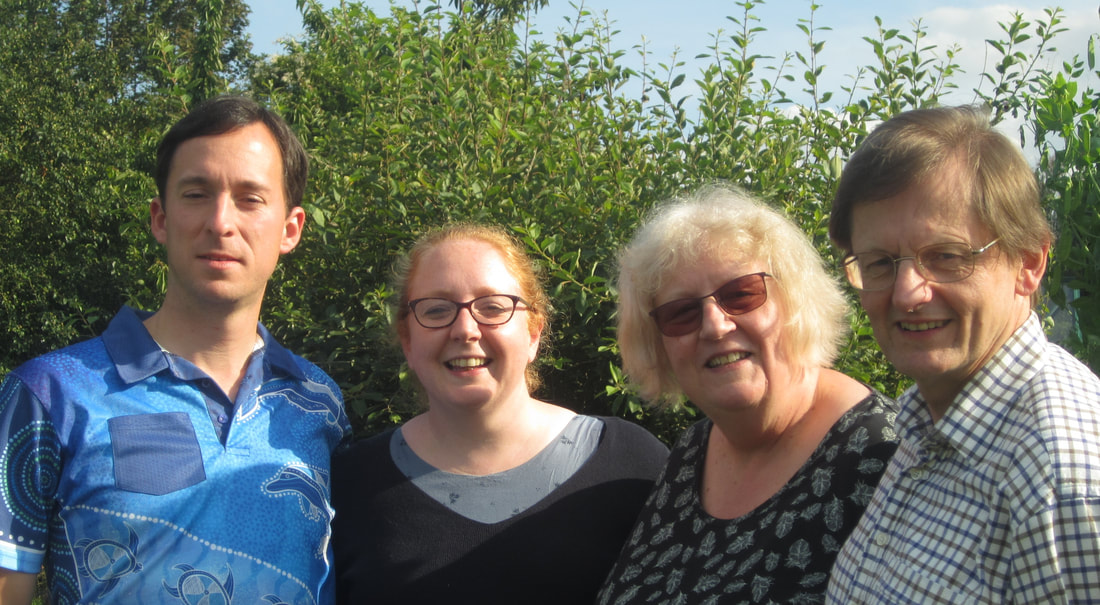 Steve spent many years singing the classical repertoire in choral societies and chamber choirs, and co-founded a west gallery quire. She discovered shape note music when she met Larry Gordon and Northern Harmony at a Witney Harmony Weekend in the early 1990s and has never looked back! She was the prime instigator of the first UK Convention in 1996, and has made opportunities for people to come together to learn and sing shape note music ever since, currently through the activities of South West Shape Note.
Richard’s wide-ranging musical background and enthusiasm for vocal music sees him singing everything from Elgar’s “The Music Makers” to Les Barker's “O Sole Mio” as a party piece, with west gallery and shape note music high in the mix. He is both a trustee and the Treasurer of the West Gallery Music Association.
Zuzanna, an amateur musician from Derbyshire, plays double bass for Sheffield and Harrogate Symphony Orchestras and the Yorkshire Wind Orchestra, and has played euphonium, baritone, tenor horn and percussion for a number of Yorkshire brass bands. As a singer, she leads the Derbyshire-based Amber Valley Quire. This year at Sidmouth Folk Festival she is also involved with a new event introducing children to west gallery music.
Toby has fully immersed himself in England's traditional culture since arriving from Australia in October 2011. He dances with Eynsham Morris, sings west gallery music with Oxford-based Christminster Singers, is heavily involved with folk music, bell ringing, shape note singing (not English, but with its origins here), has recently discovered Sheffield carols, and is playing in The Old Chapel Band this week, all good reasons to enjoy real ale and the great British pub.
Powered by